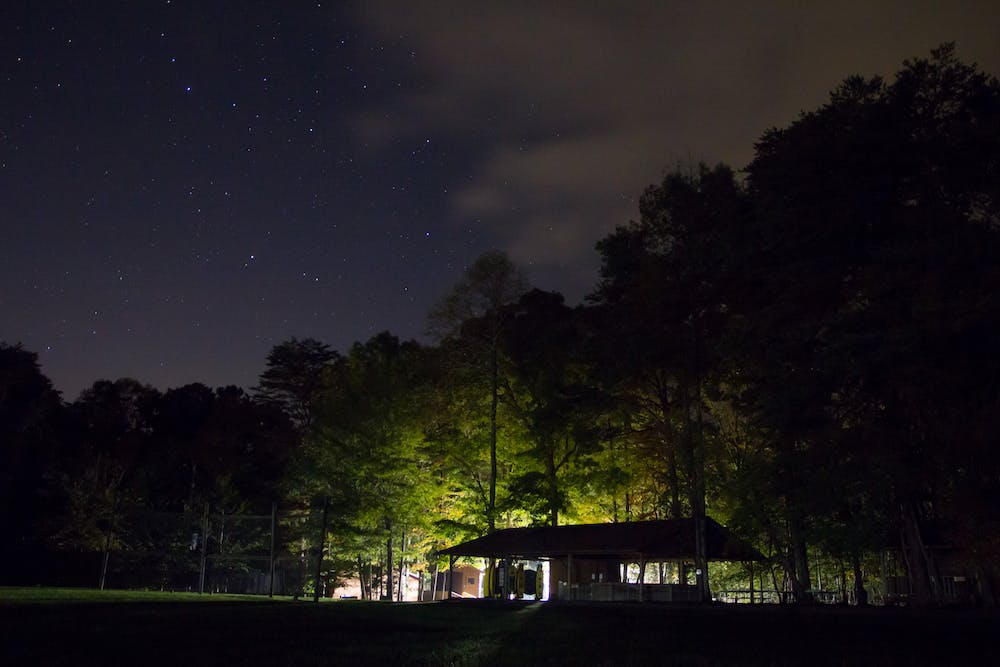 Tribe Hunt is a camp staple that has been around since Laney’s inception. It is similar to a large game of ‘Hide-and-Go-Seek’ in the dark played over most of the camp grounds. The boys dress in dark clothing (some campers bring camouflage and face paint), and whichever tribe captures the most opposing tribesmen wins the game. The game is played with the entire camp and the first tribe points of the session are awarded that night.

Bombardment is THE game at Camp Laney. It is played during the Major Sports activity, all free times, and it is one of the night activities for Upper Camp. It is also played on the last night of camp and called FINAL BOMBARDY and, ultimately, decides which tribe wins the Tribe Trophy.

Each session the Blazer family brings an assortment of animals for an hour-long presentation. The Blazers have animals from all over the world, such as: a ring-tailed lemur from Madagascar, an African porcupine, and Ms. Kenya, the baboon.

Every session Becky Tucker comes to camp and brings all different types of snakes to show the boys.

The Snake Show is very informative. The boys learn about the differences in snakes and how to act and react around these reptiles. The favorite part of the Snake Show is the chance for the campers to help hold the python at the end of the show. 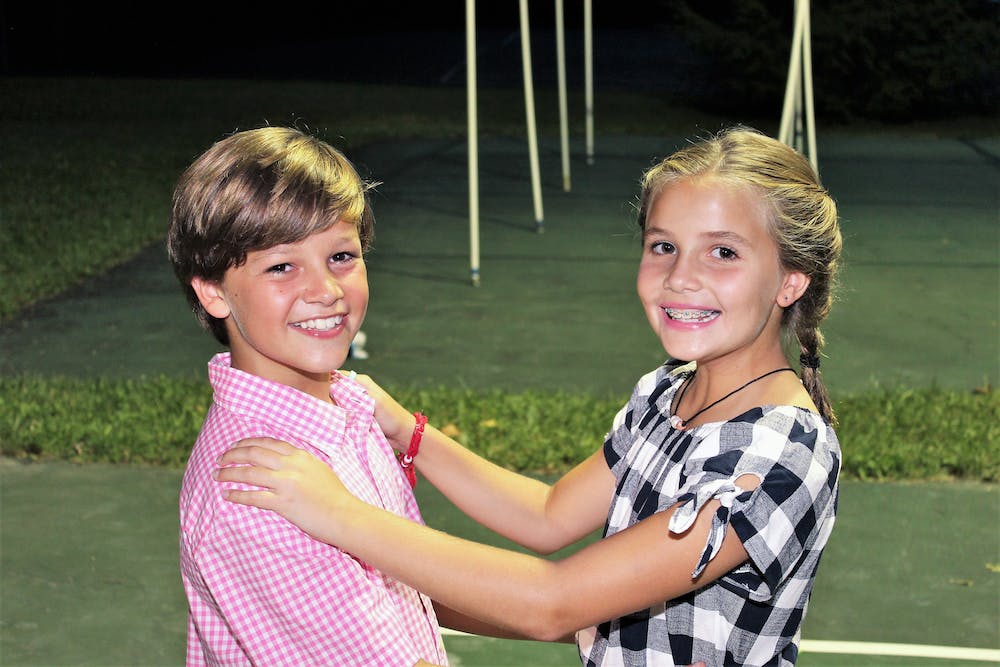 Every session the Laney boys go dance with Riverview Camp for Girls and Skyline Camp for Girls. The boys get dressed up and ride the bus over to the girls camp after supper. These are two of the most looked-forward-to and talked-about nights at camp.

The traditional game of Capture the Flag is played on the large athletic field, or as it is known at camp, The Center of the Universe. Each game is worth tribe points for the Apaches and Comanches.

Tribe Challenge happens once a session and is only for our upper camp (Cabins 9-16). Tribe Challenge is composed of four games in which the Apaches and Comanches compete for tribe points.

Scavenger Hunt occurs the same night as tribe challenge and is for the lower camp cabins (1-8). The campers compete against each other by cabin for this night activity. The campers have a list of about 25 items that they must find. Whichever cabin finds the most objects wins a free snack from the canteen and bragging rights.

The night activity for Sunday is campfire. All the campers gather around the campfire for a night full of stories and songs. We sing all the traditional favorite Camp Laney songs and the counselors do a great job providing entertainment playing the guitar and singing.

Counselor Skit Night is hilarious. Every summer counselors come up with new skits along with traditional favorites such as “WCMP News, Weather, & Sports.”

For the last night at camp, we have a ceremony where the Honor Cabin award (for the cabin that wins the most cabin inspections) and Honor Cabin Boy awards (given to the most exemplary camper in each cabin) are given out. The campers also receive their individual awards and repeat awards. After the awards ceremony, the campers play one final round of Bombardy to determine the winner of the tribe trophy for the session. The gym can be heard for miles around during the final game. After the final game, all the campers and staff gather around the campfire to sing a few songs and finish the night with a closing prayer. 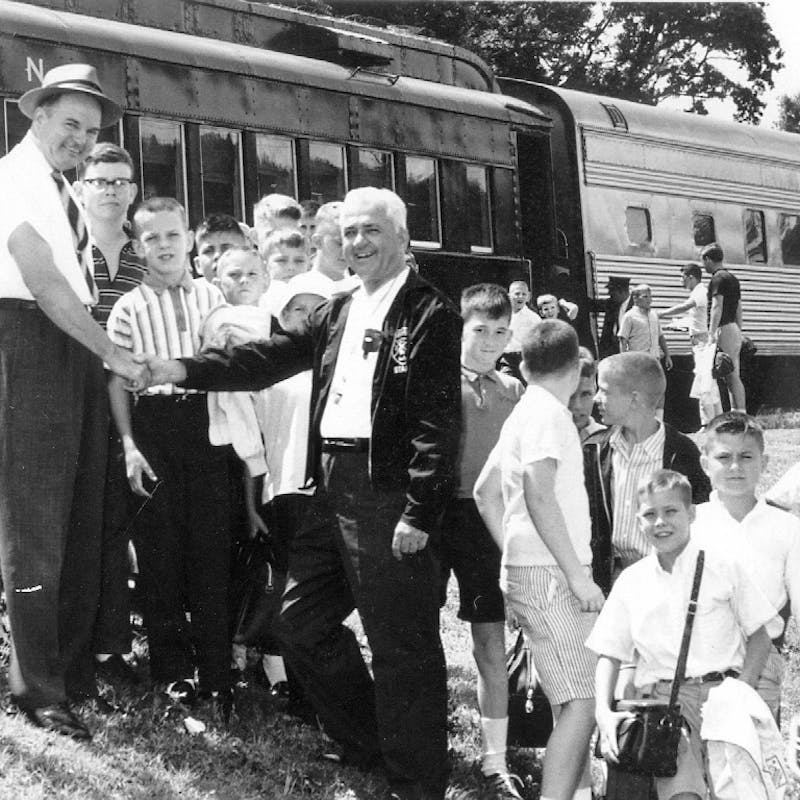 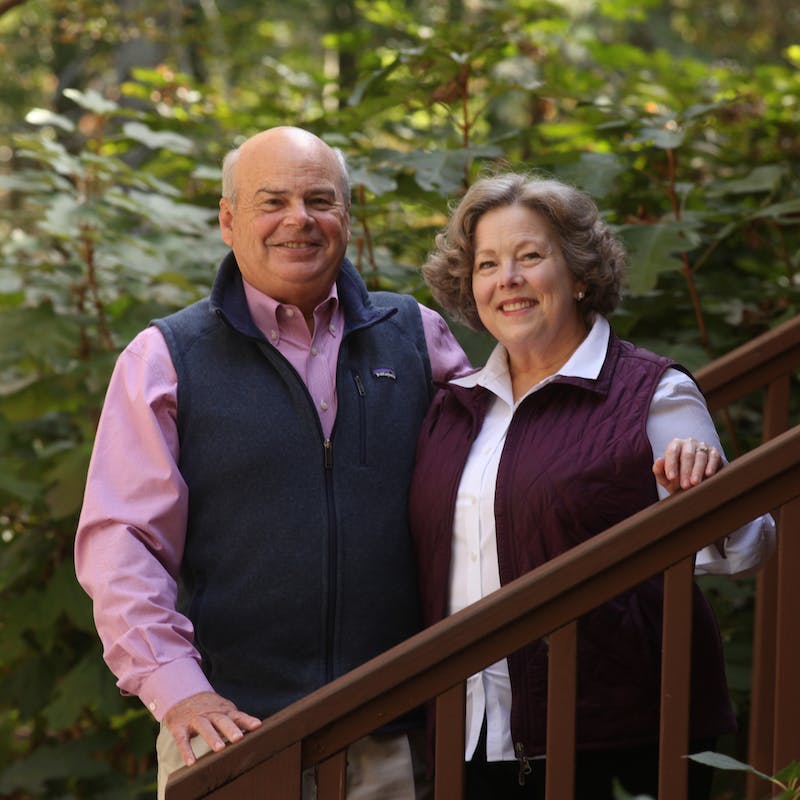 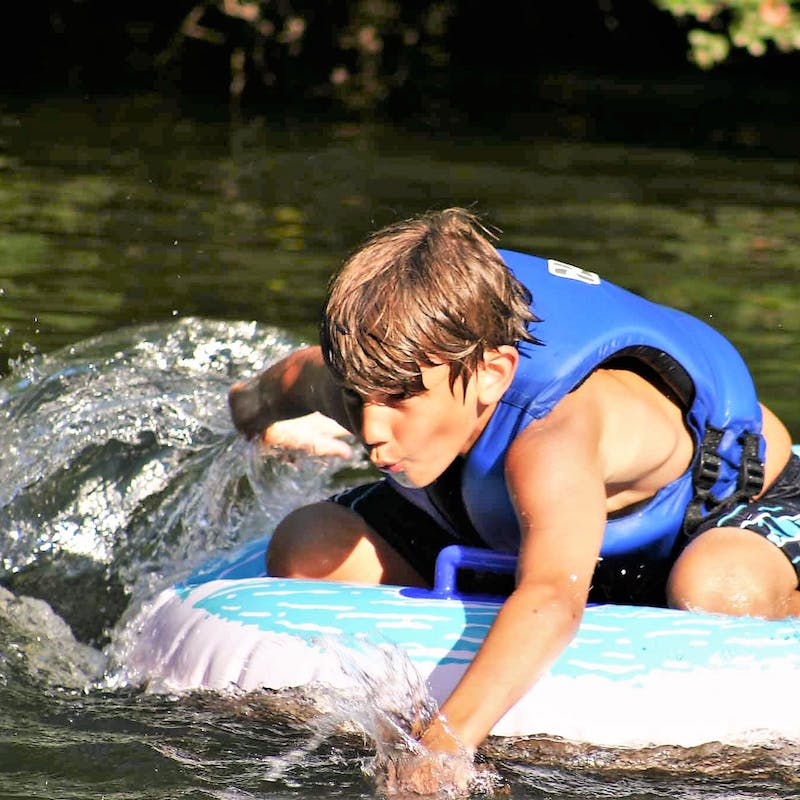 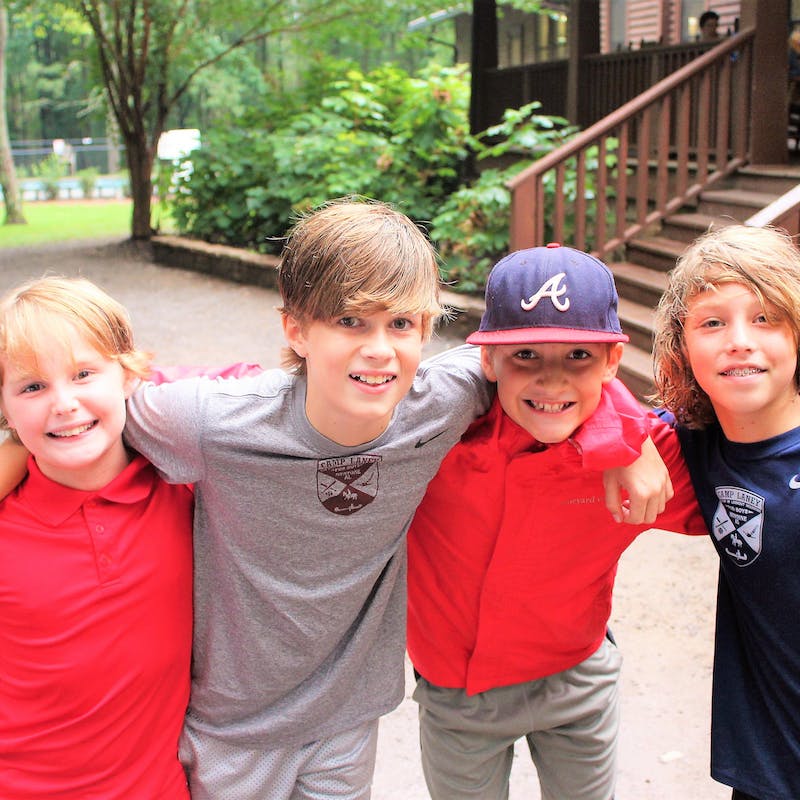 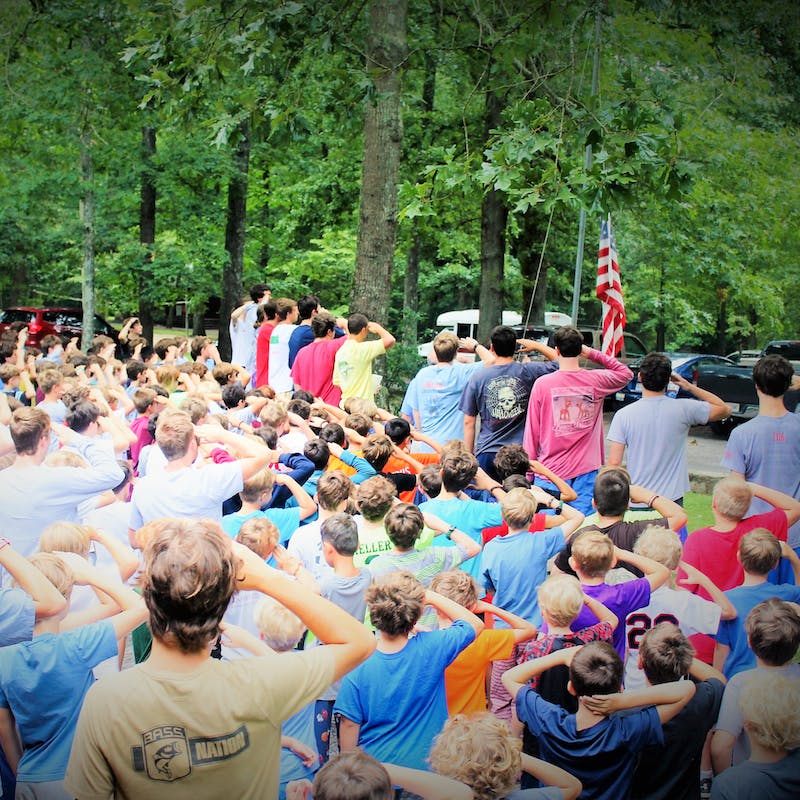 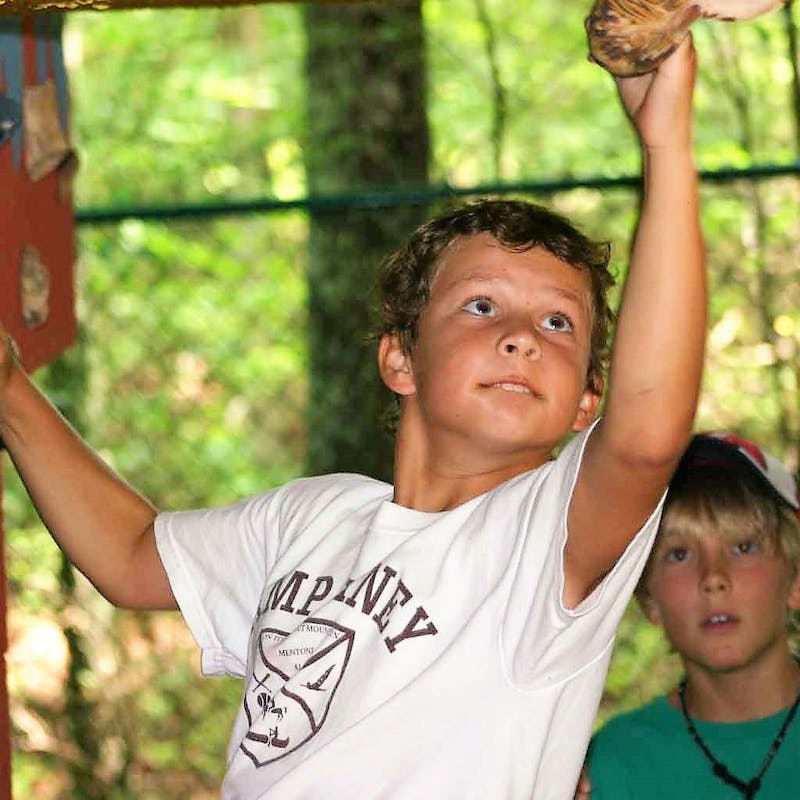 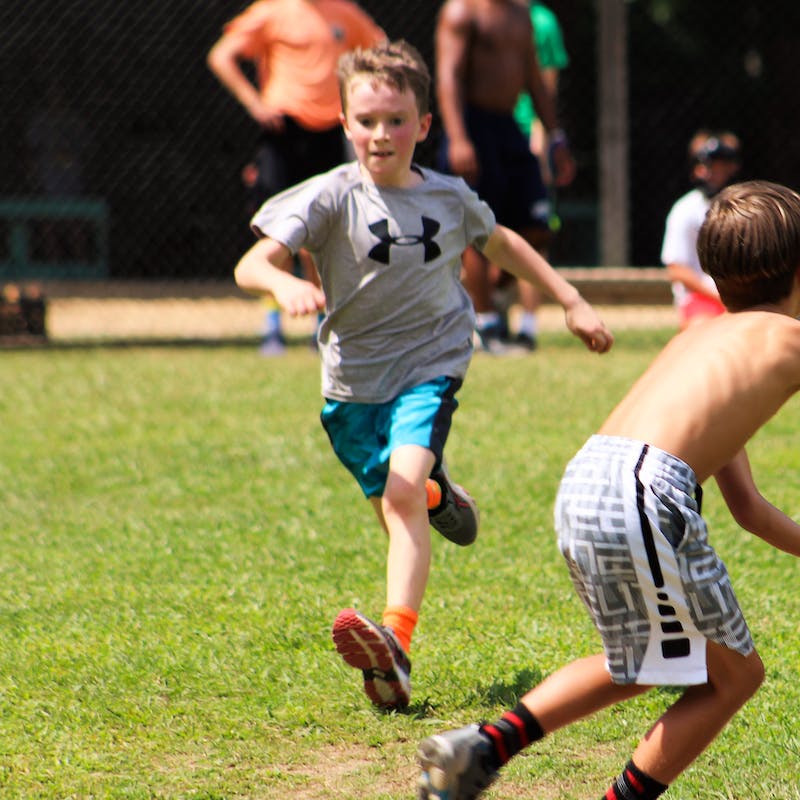 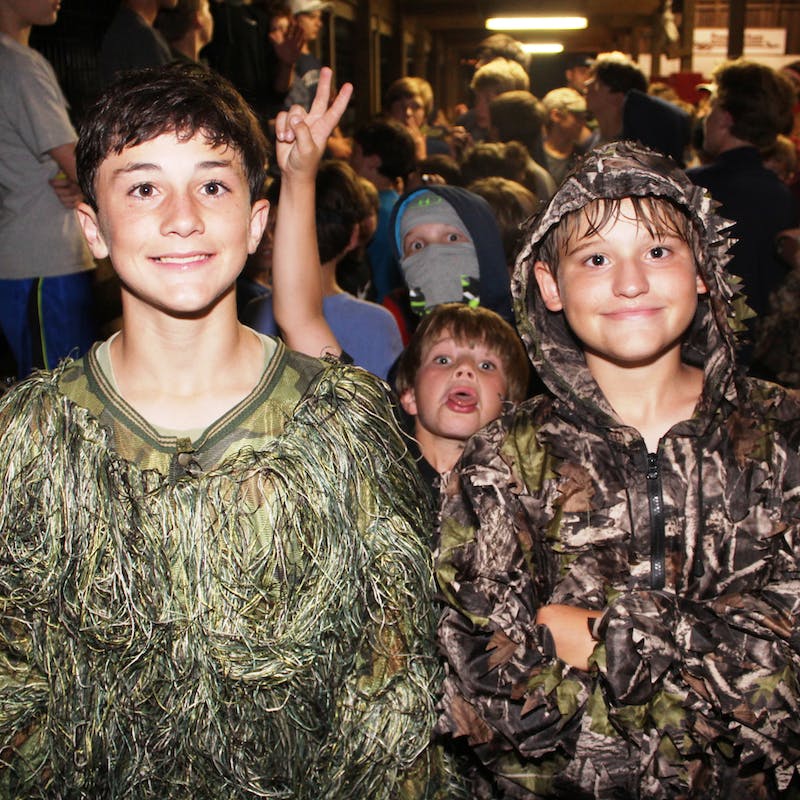 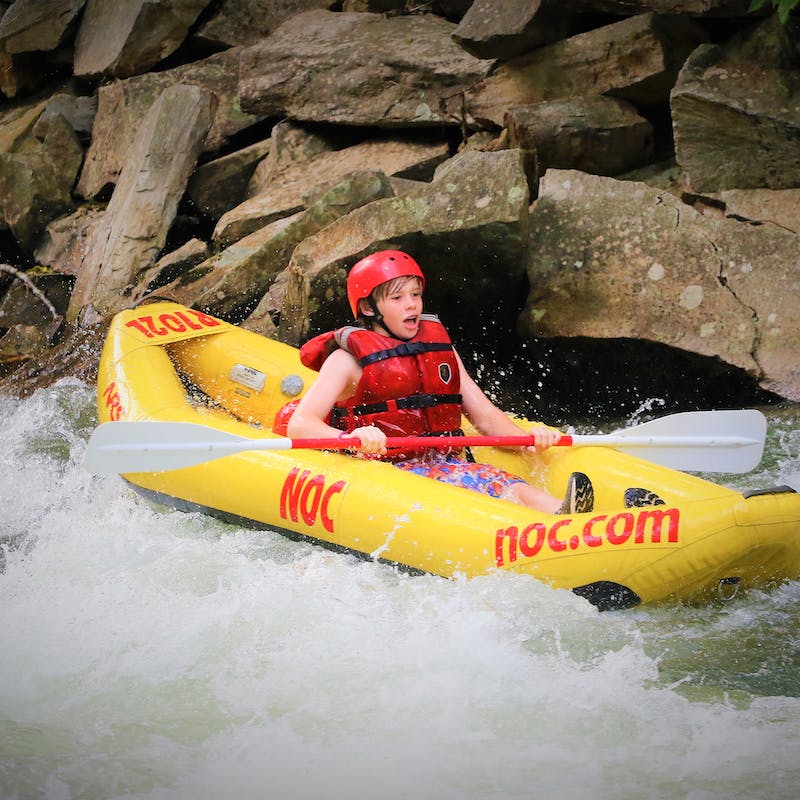